Listen to what we, Somali women, have to say about what it is to be shamed, harassed and attacked online

Social media platforms promise to provide online spaces for sharing ideas and connecting with others. But we found this isn’t the case for many Somali women. Instead, they often find themselves vulnerable to shame, harassment and abuse. We asked them to share their stories.

“A year ago I developed a close relationship with a guy through Facebook. A few months later I decided to leave him. Unfortunately he threatened me and told me that if I left him he would post my pictures on social media. But that did not stop me. I left him and he posted one of my pictures. Fortunately the pictures I shared with him were normal.”

Sad to say, such stories are the norm and not the exception for many Somali women. Social media facilitates sharing of ideas and information to the advancement of women. Yet, instead of contentment, growth and accomplishment, they face the opposite. Anger, shock, embarrassment, anxiety, fear, shame, loneliness and name-calling.

“A guy decided to record me while I was sleeping one night. I was indecent and didn’t know until someone else told me he had the video. He then tried to threaten me with the video, saying that he would post [it] everywhere.”

All this shows that the women of our country are being failed.

A 2020 State of the World’s Girls Report notes that online abuse is shaping social media in a bad direction. There is harassment including sexual, pornographic pictures (sextortion), death threats and impersonation. Girls are harassed for being girls, and it gets worse if they speak up about issues they care about. For many, online harassment is as frightening as street harassment. Perpetrators mean to keep girls and women “in their place”. 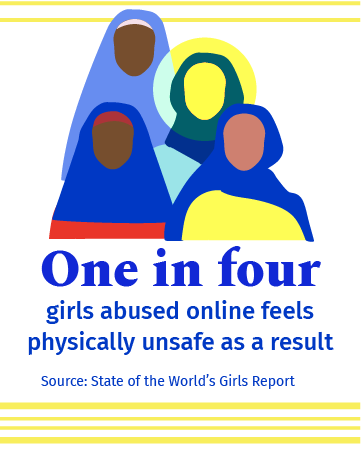 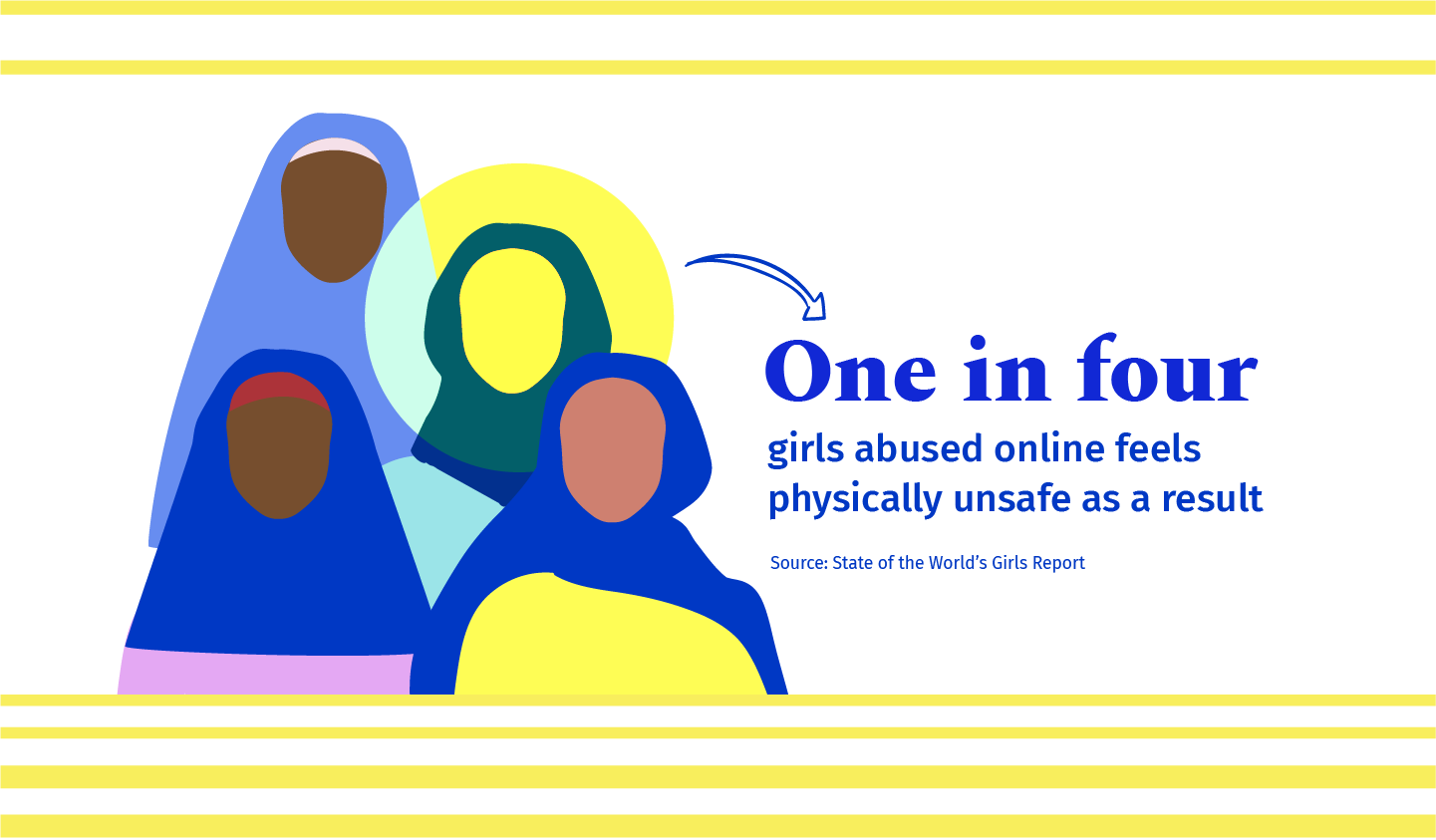 In December 2020 Digital Shelter carried out a crowdsourcing survey. This recorded the nature and impact of online abuse experienced by Somali women. 82 Somali women responded. This is what they found.

68% of the women who responded said they had experienced online abuse more than once.

57% said their abuse had taken place on a Facebook-owned platform: one of Facebook, Messenger, WhatsApp or Instagram.

“I spend less time on Facebook Messenger. That is the worst platform to be a girl.” 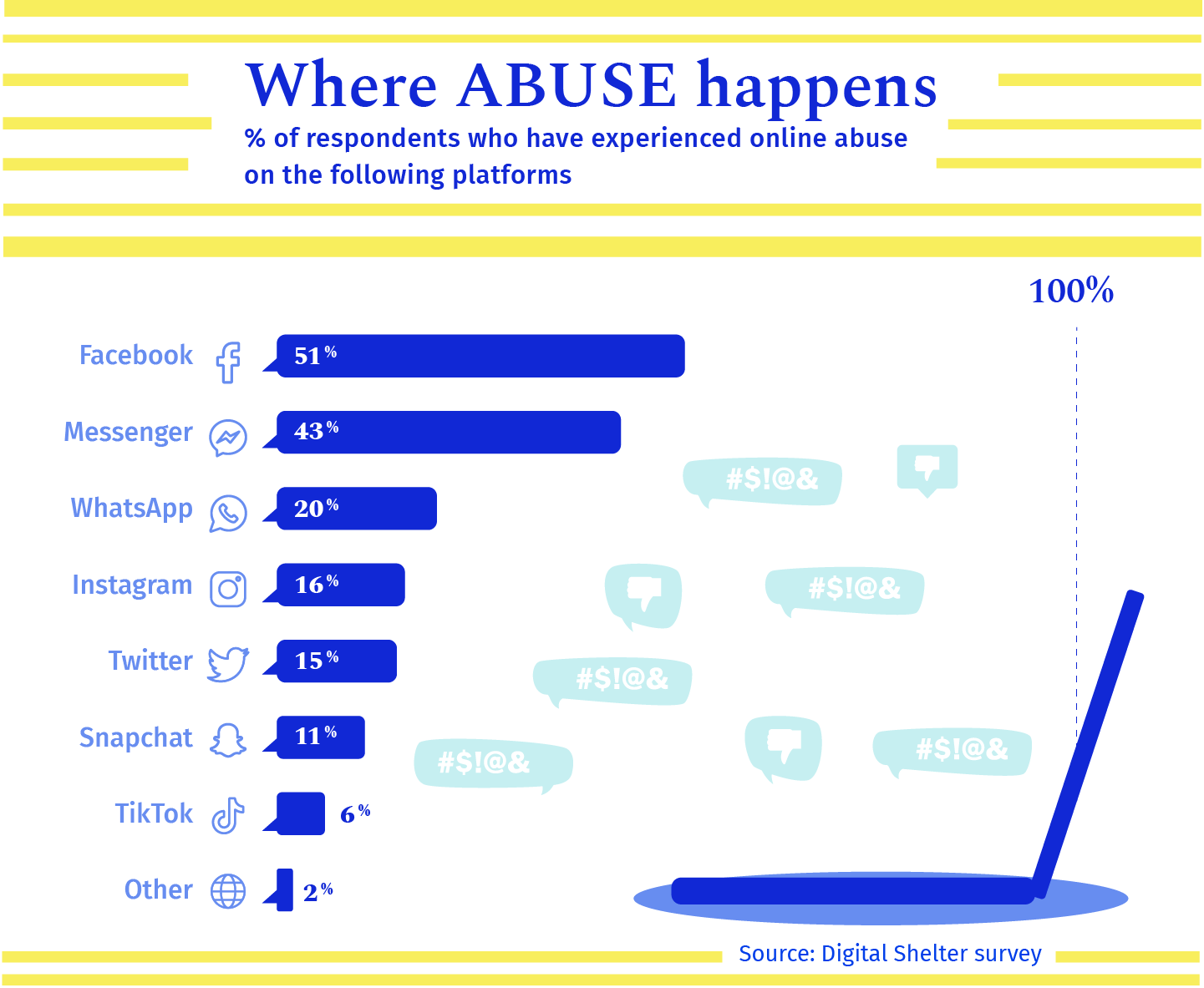 Many of the women noted that attacks were successful at silencing them. Some have become more cautious about what they say online. Others spend less time on social media. Some have even deleted their accounts.

“I had a horrible experience of folks verbally disrespecting me on social media… I’ve now chosen to delete my Messenger; period.”

Cecilia Mwende, a specialist in gender digital safety, has spoken about how this affects women globally. She said: “The greatest impact that we are experiencing is self-censorship. Women start censoring themselves online. And that is what the abusers want. Online violence attempts to keep women from a major sector of the public sphere.” 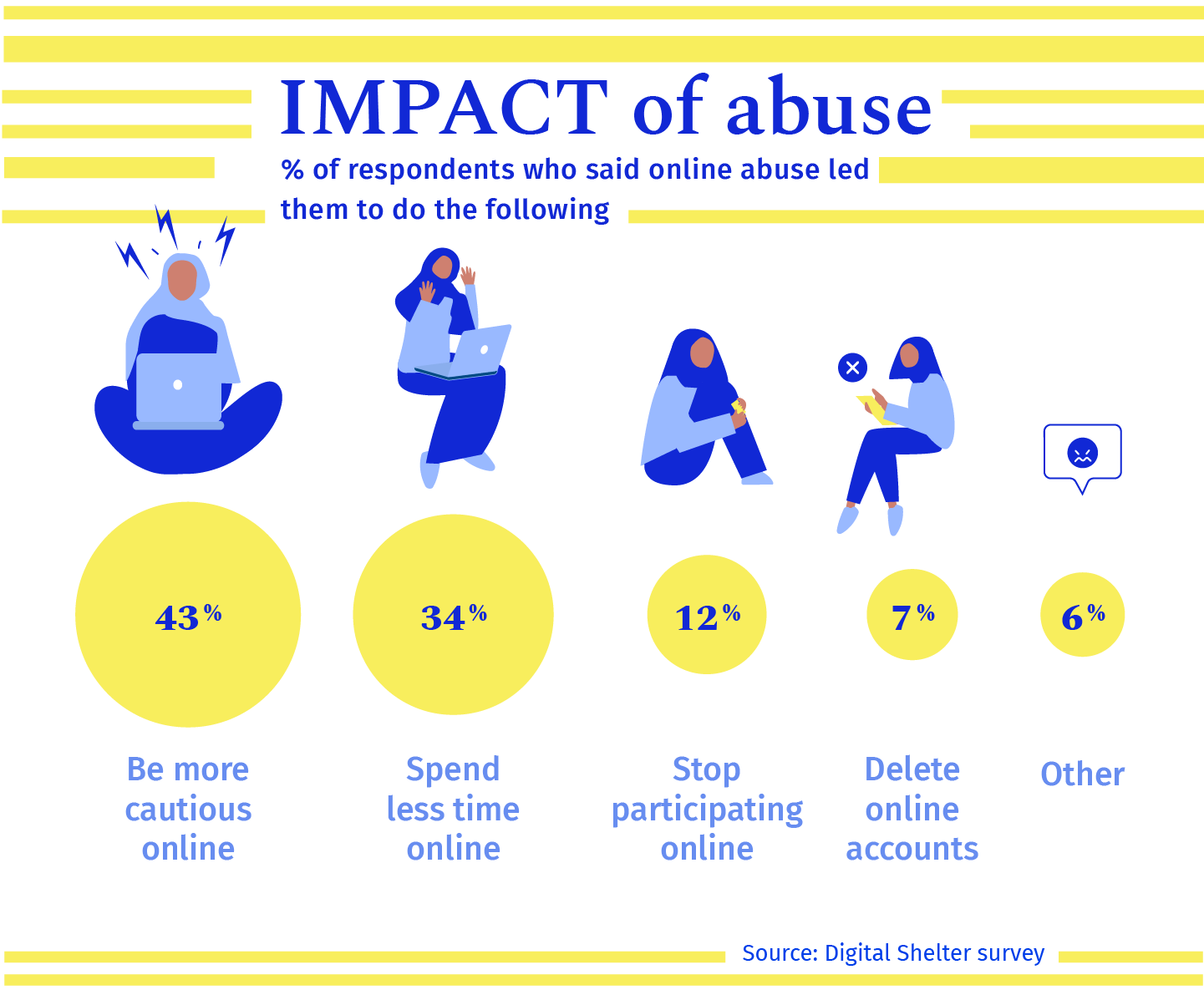 First, greater public awareness. This is real violence, with real impacts, and which sometimes moves from online to offline.

Finally, empowering Somali women to build up their digital ‘self-defence’. Tips include: 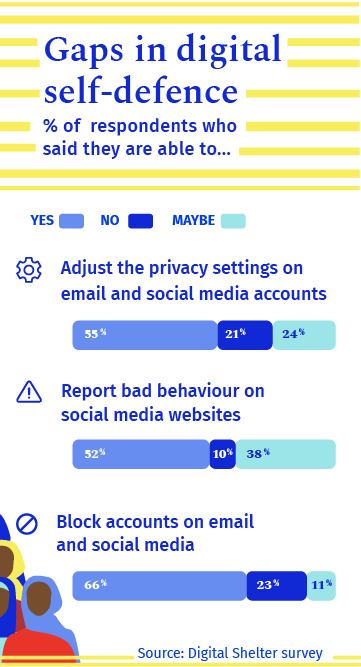 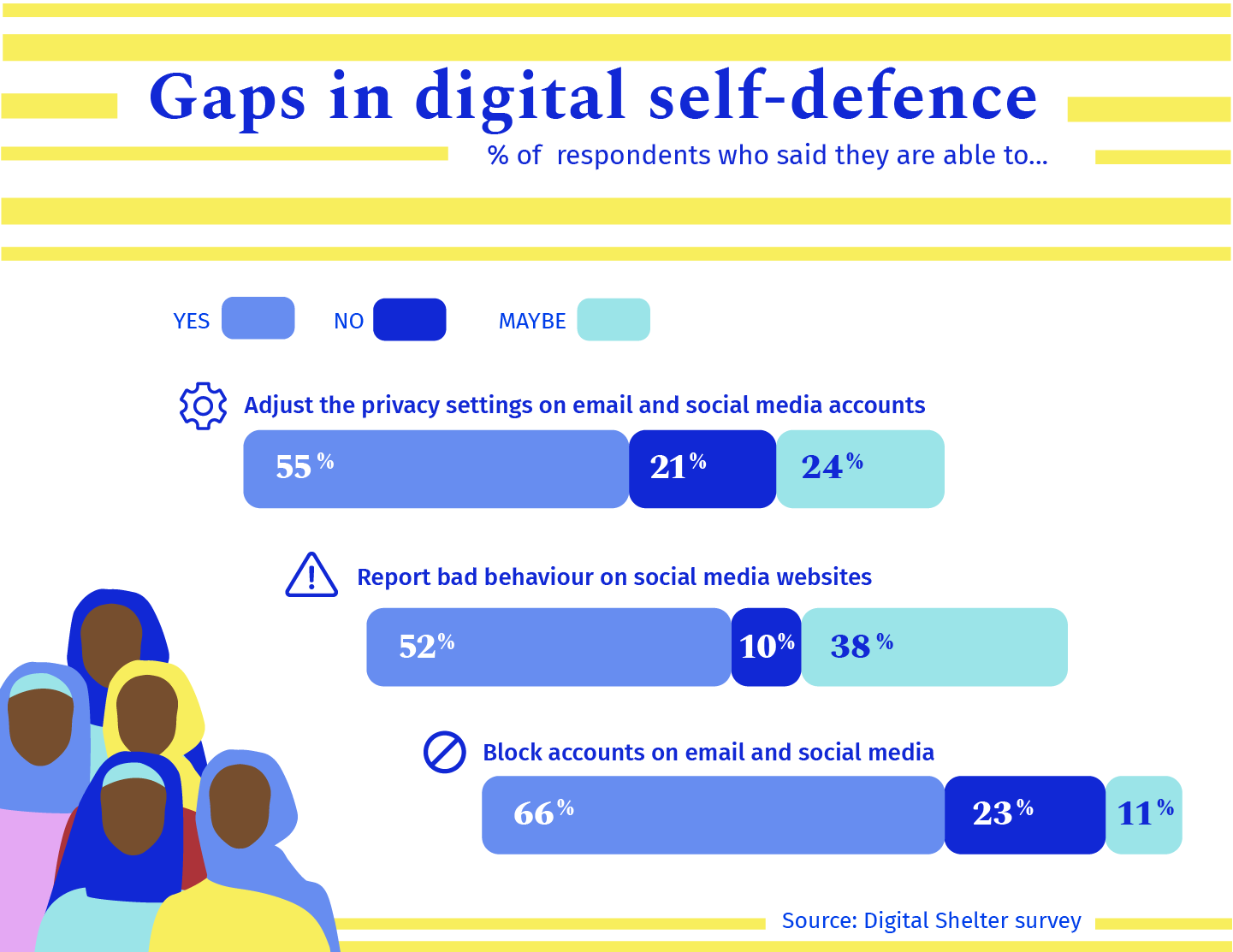 Somali women’s voices must be heard online. To ensure this, we need to address online harassment against Somali women. Until that time, many will be in despair.

As one respondent in the Digital Shelter survey put it: "This kind of thing is not even considered abuse in our society, which is disheartening.”

All victim quotes are from the Digital Shelter survey and were recorded under anonymity. Some have been edited for clarification.

A poem by Zahra Abdihagi Mahamed

Get tips and reminders to enhance your digital security by adding these dates to your phone or computer’s calendar.